Being a tale of the Gorge Waterfalls 100K 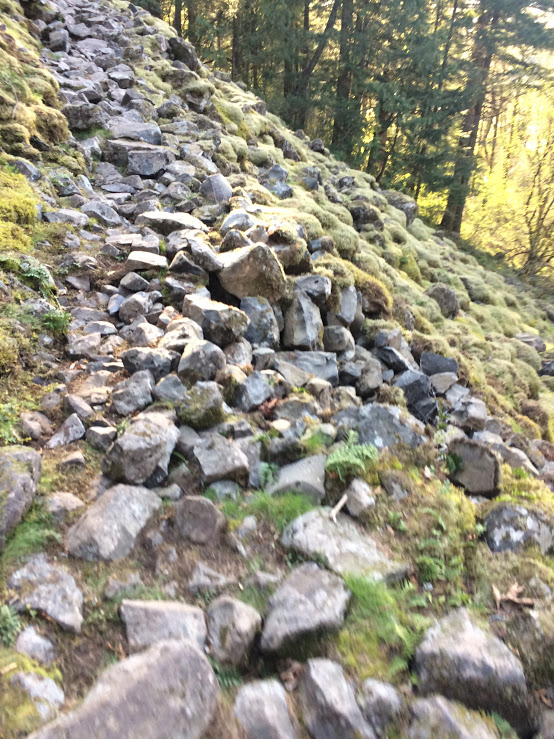 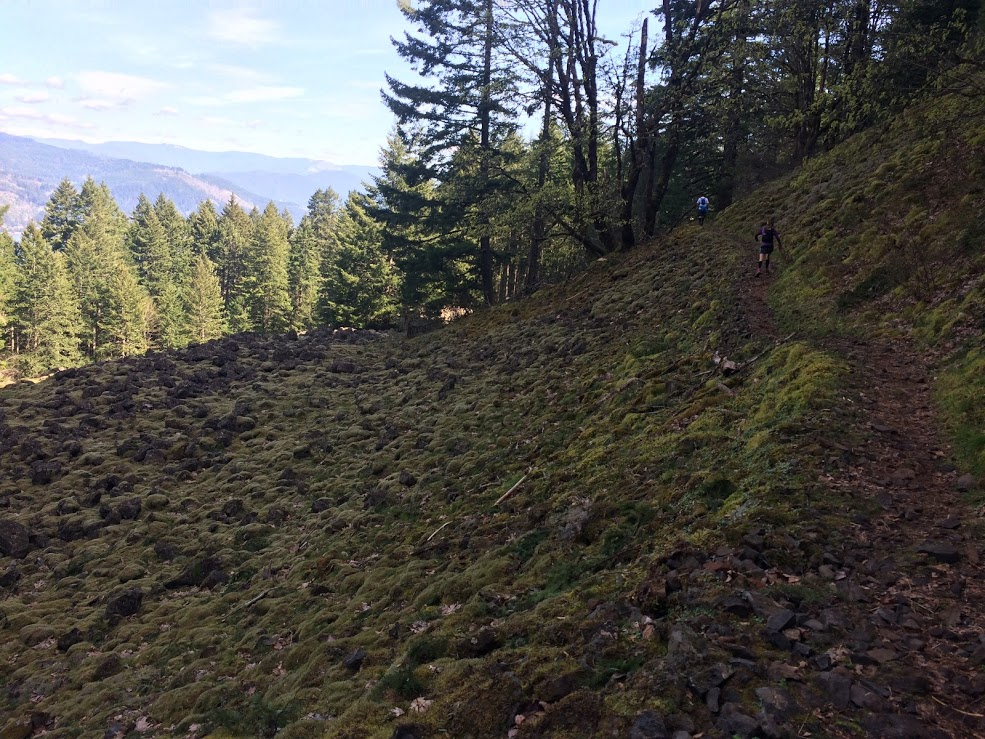 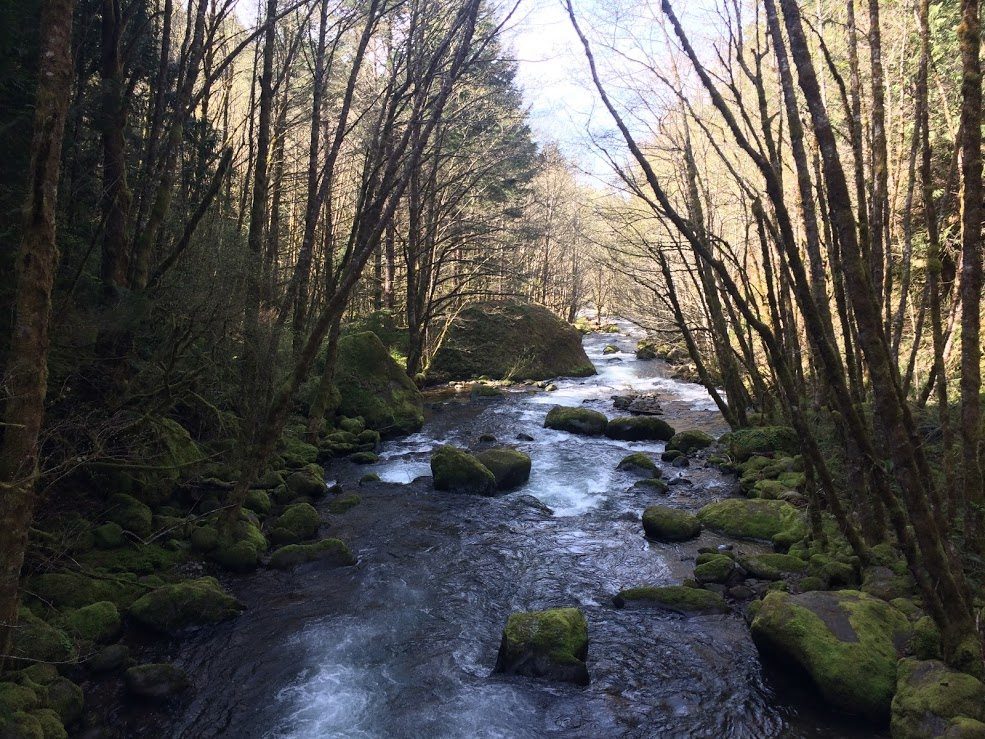 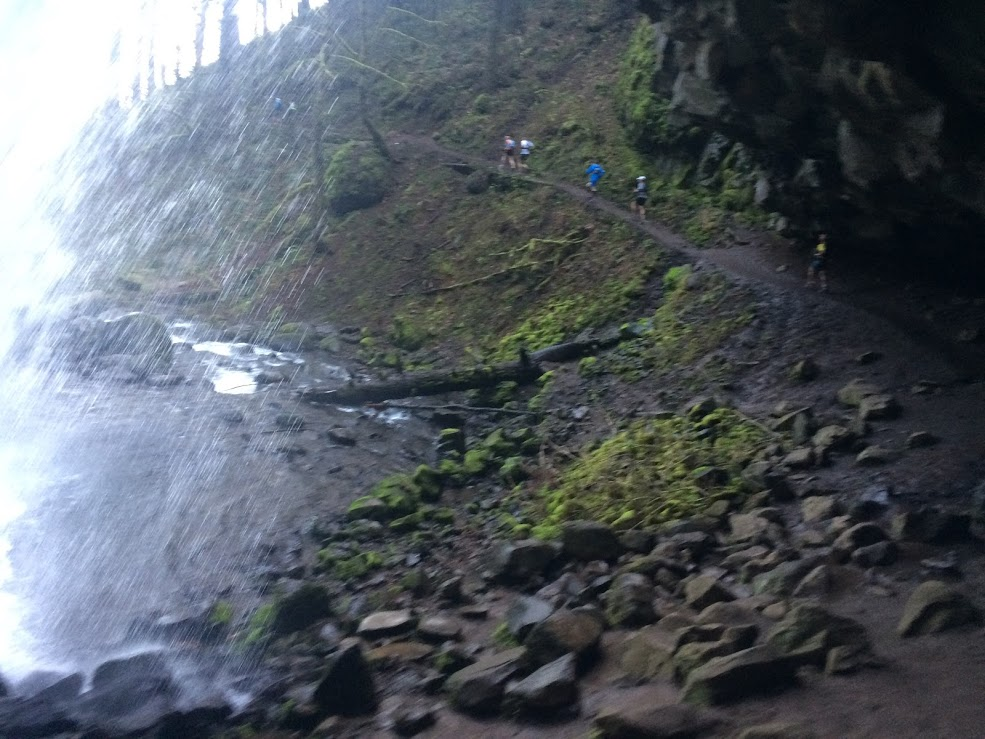 When the sun sets
When the legs cramp
When I’m feeling bad
I don't pay attention to rocks up ahead
And then I fall on...my ass. 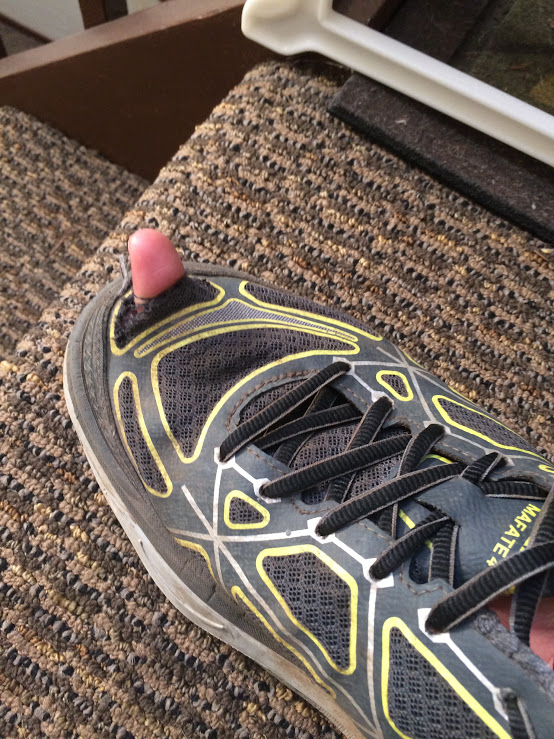 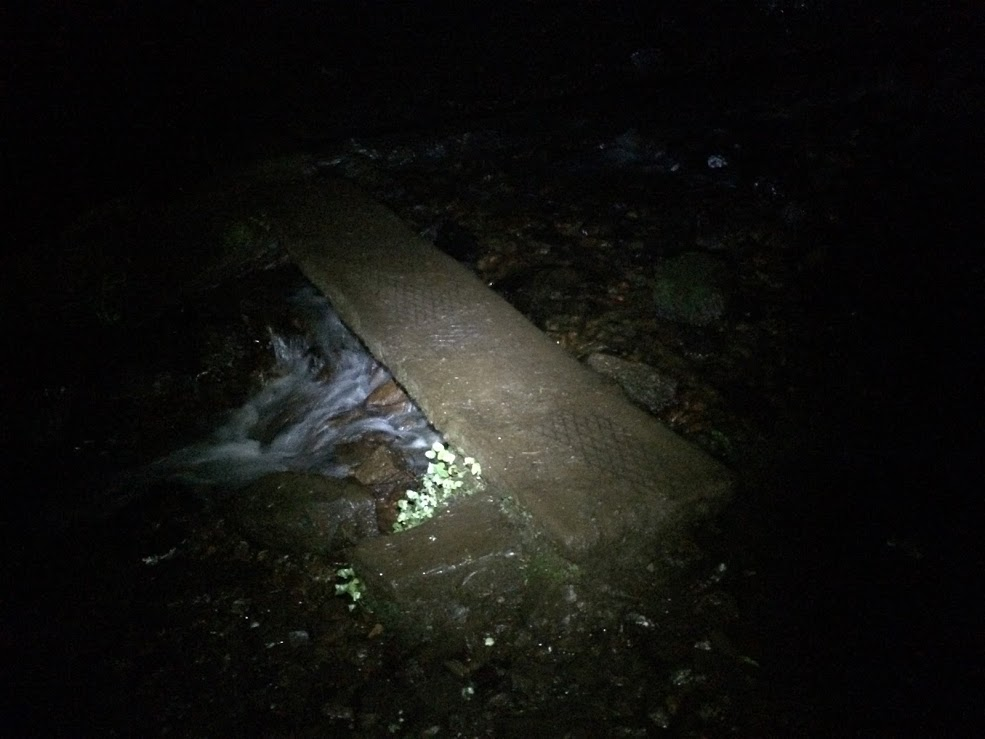 Ok ok, some rocks are OK in my book. 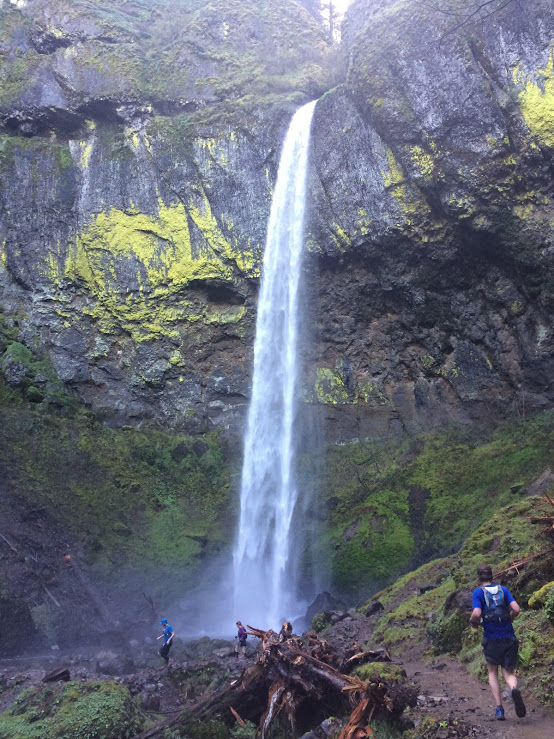 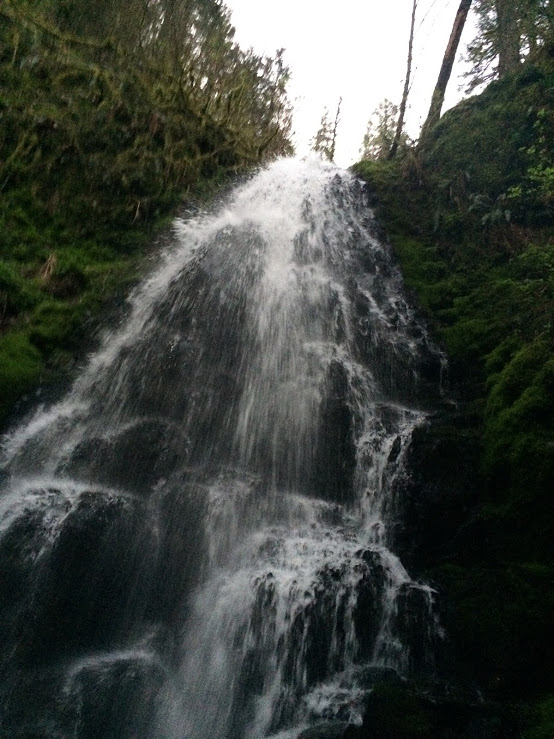 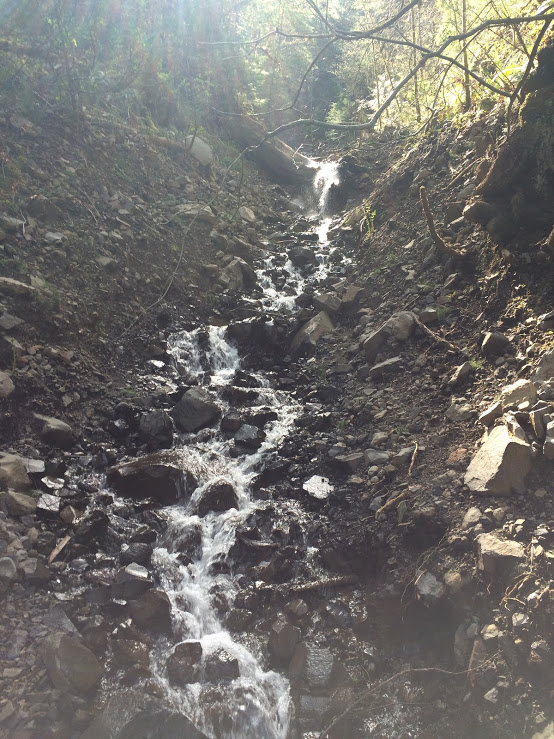 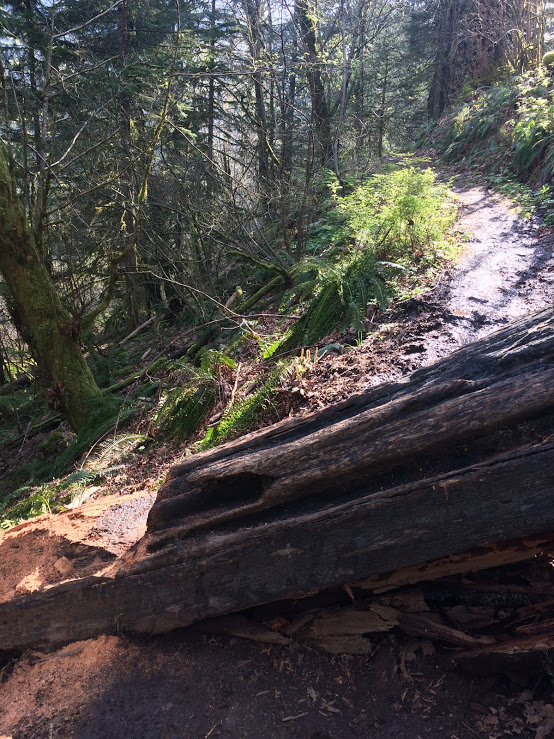 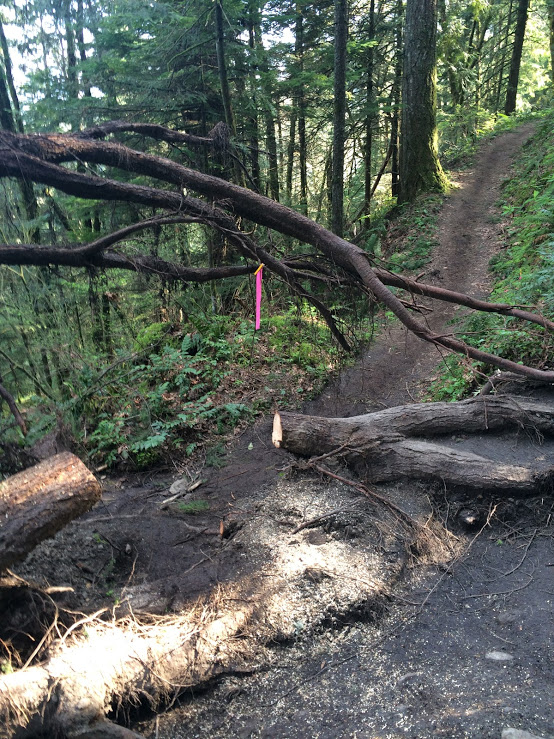 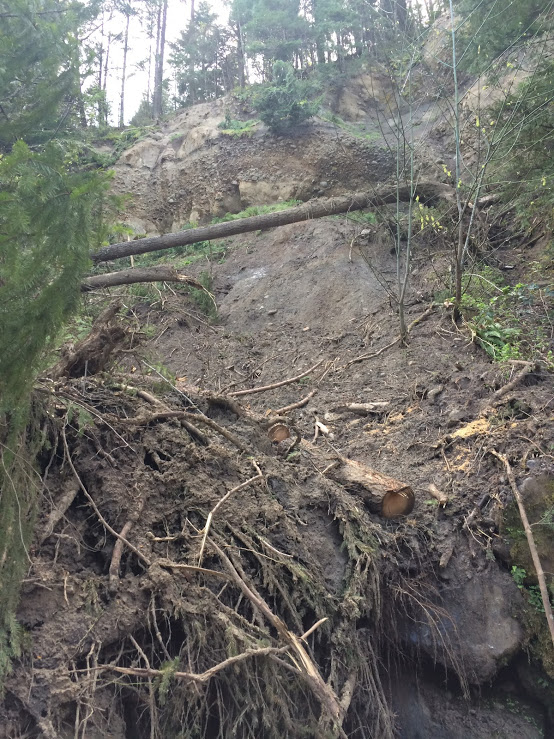 Tl;dr: The Gorge Waterfalls 100K was one of the hardest races, if not the hardest things, that I’ve ever done. It runs the amazing Columbia River Gorge in a rugged, technical out and back just outside of Portland with about 12,000 ft of climbing. I finished in 16:25:21 (yay, C goal!) and I’m happy to report that it didn’t break me! All in all, a good day. But man, those trails are challenging...there was a 25% DNF rate! 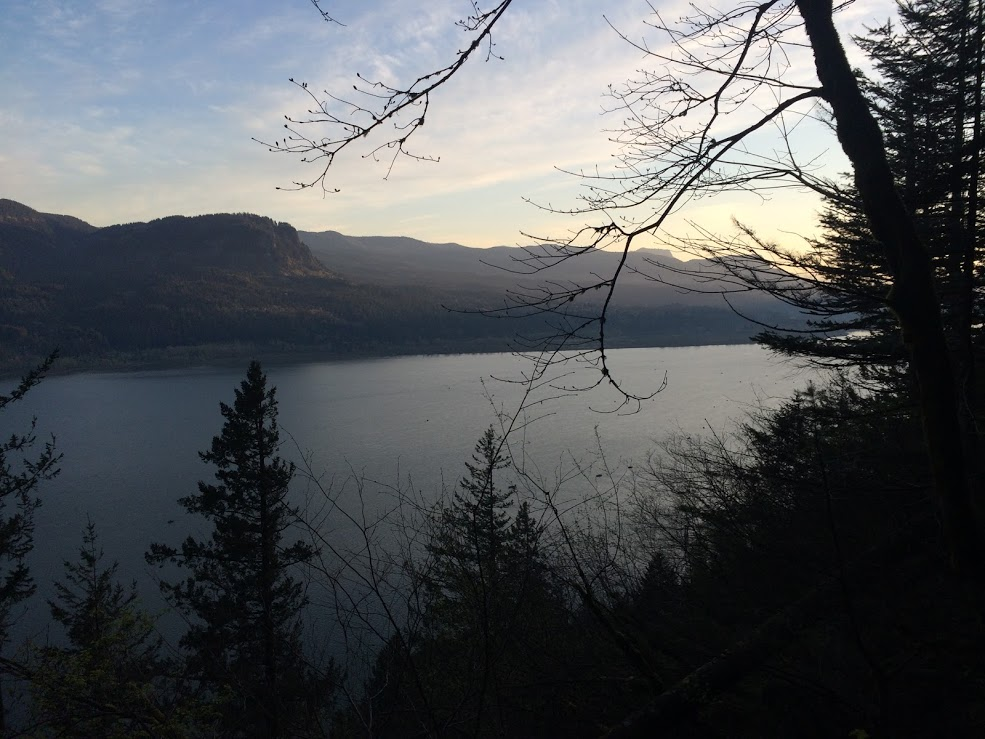 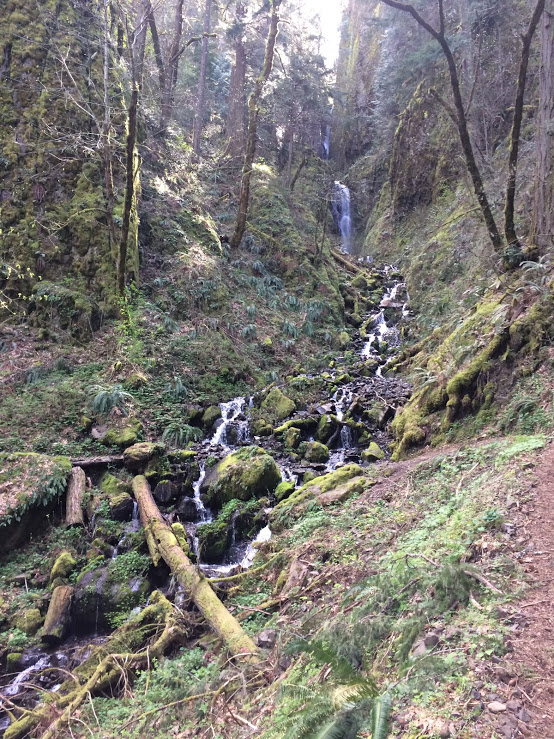 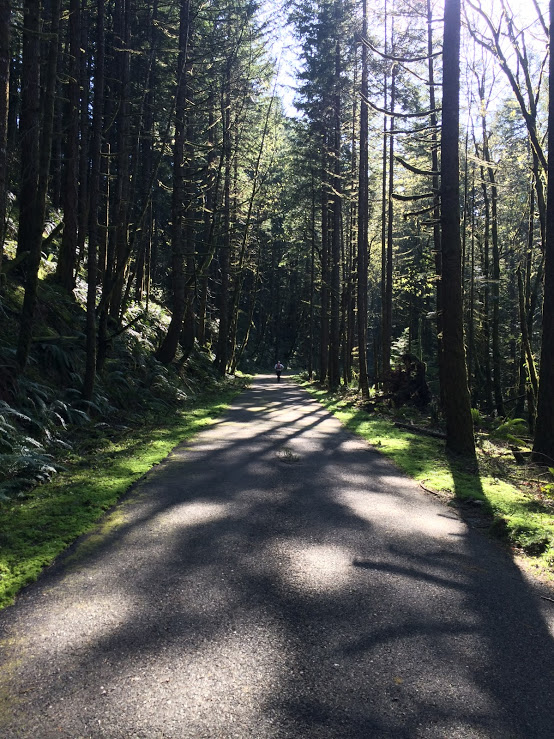 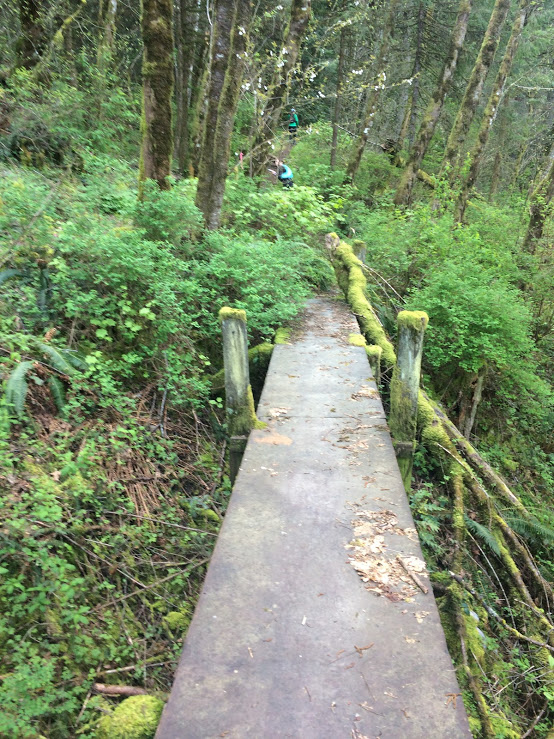 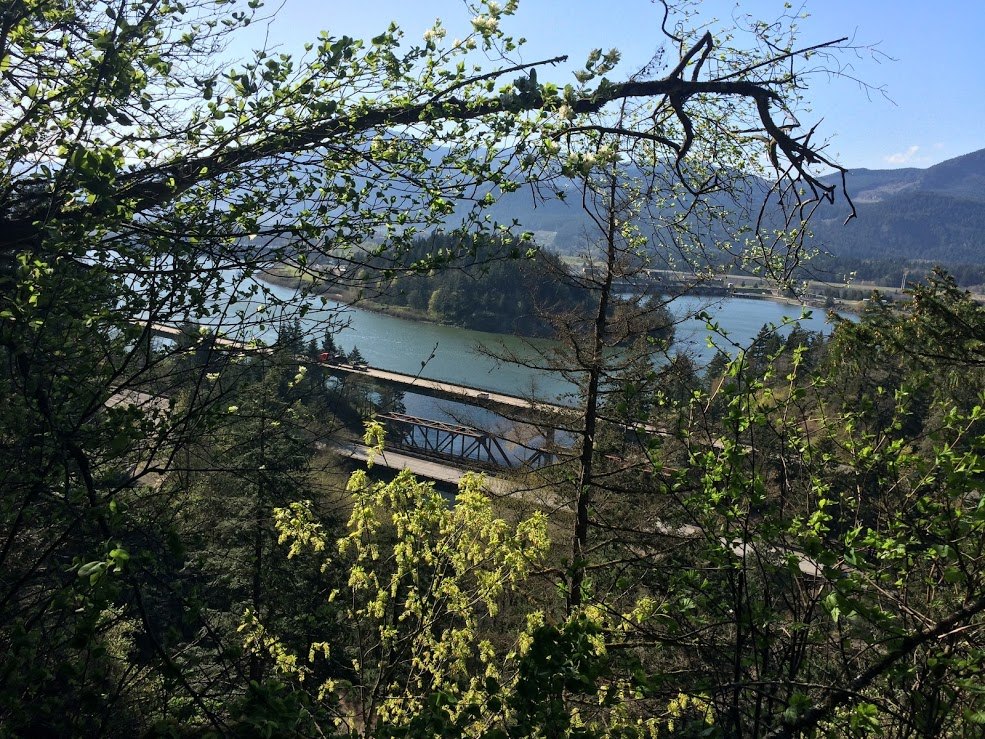 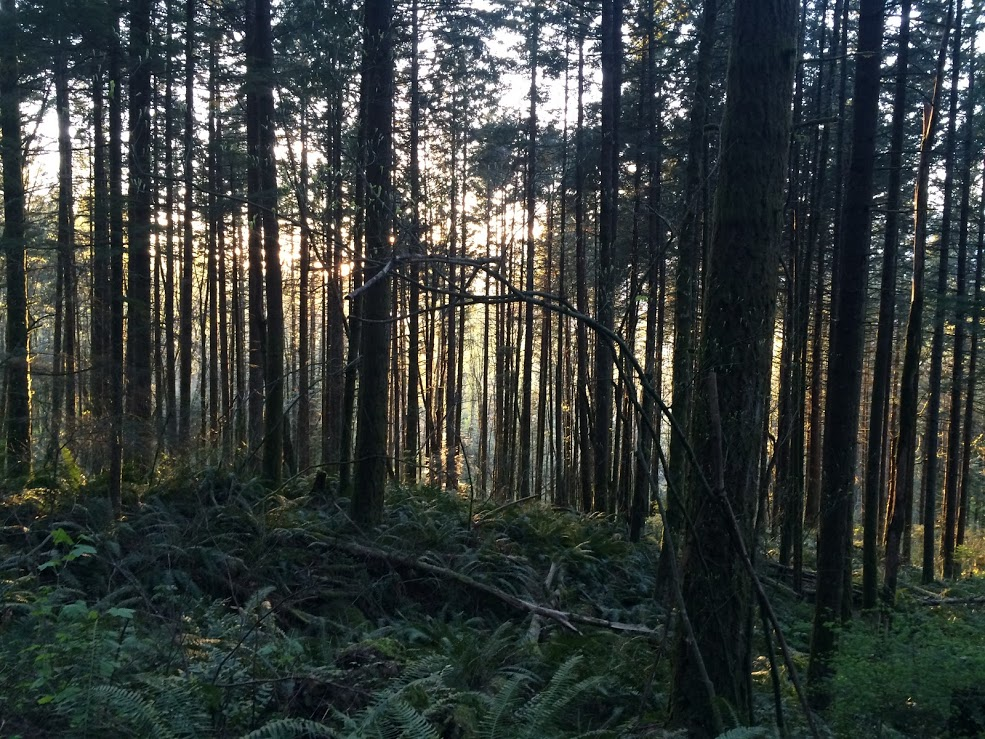 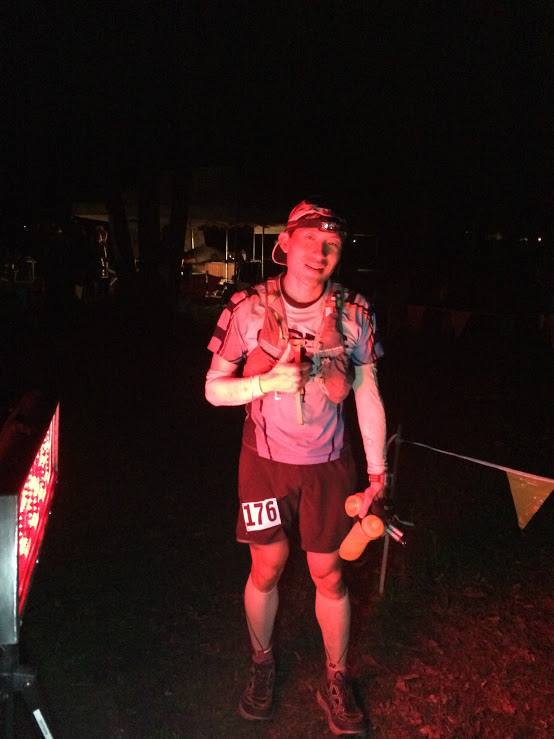 Tired David gives this race one thumb and two handheld water bottles up!

Like Strava, I have a metric to quantify suffering during a race. A race’s overall difficulty is all about the integral of suffering, the area under the suffering-time curve. Yes, a marathon is shorter than a 50K but infinitely more miserable (OK, not infinitely) You just have to add up all those infinitestimal time slices where you wish you were somewhere else, then give up and have a beer.

While no one particular thing about the Gorge Waterfalls was especially heinous, overall this was the hardest race I’ve ever done. It didn’t have the raw heat of the Overlook 50 miler. I didn’t bake during it like I did during Cuyamaca loop 2. It didn’t have the soul crushing ascent up Maiden Peak at the Waldo 100K (or the wasps, for that matter) The weather was actually great, the aid stations well stocked, and some portions of the course were runnable. But, as promised, this race was TOUGH.

So why did it take me > 1.5 hours from my next slowest 100K?
Still though, there’s cause for celebration!

Could I have raced faster on Saturday? Perhaps. This was a not an all out, pedal to the metal race for me since I got my ticket to the big dance at Black Canyons only 7 weeks ago. (Translation: I qualified this year for the Western States 100 Lottery at the Black Canyons 100K in February) While I didn’t have high performing finishing time, I sure had myself a good time running those trails
The narrative:

Doris and I flew into Portland on Friday morning. After some excellent Thai food and a visit to the Multanomah Whiskey Library, I was ready to retire to our AirBNB and prepare for an early start. 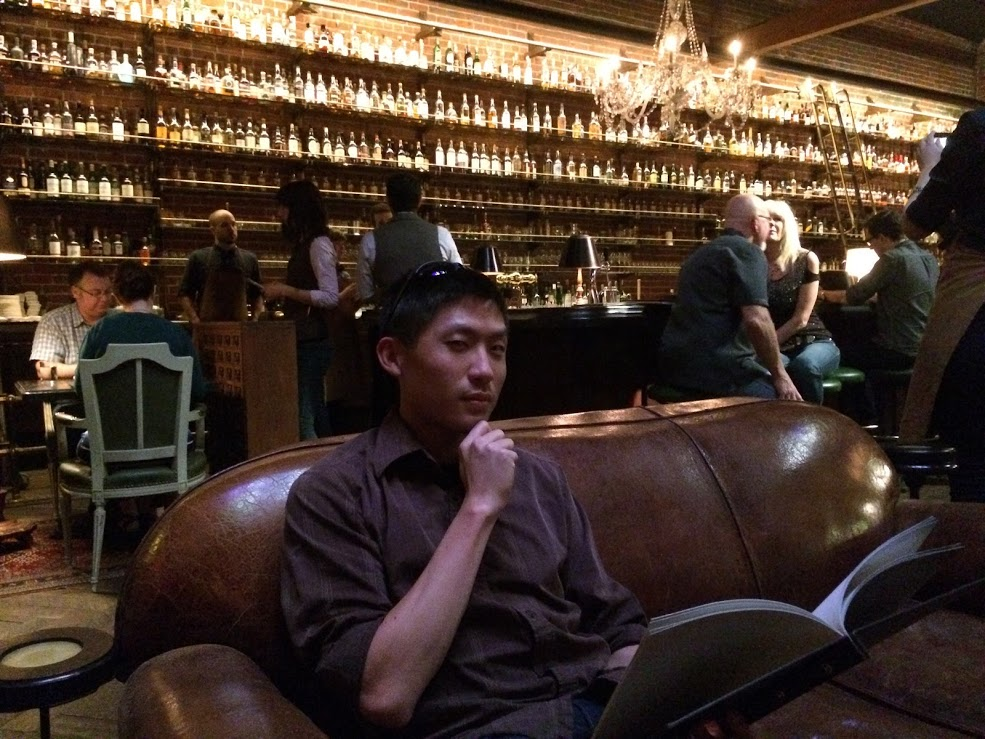 The gun (ok, James Varner yelling GO) went off at 6 am as planned and we settled in for a fast mile followed by a 1500 ft climb. I won’t bore you with the narrative of exactly what went on for 16 odd hours, but suffice to say there were some great views, some rolling hills, and plenty of rocks. The views were breathtaking and I tried not to stop too much to take pictures. I chatted with some great people and the aid stations 7-9 miles apart were energetic and well stocked. Here are some of the highlights and lowlights from the day

Big thanks to Rainshadow Running for putting on an awesome race and congratulations to Matt and Kristin for earning their WS qualifier on a hard, hard course.

And now, offseason! Gotta get rested to get started training for that hundred miler...

Warning, not for the faint of heart
Yo dawg, I heard you like blisters